After 16 days of active build, the Compressed Earth Block (CEB) press prototype II is finished. You can compare this to Prototype I video in a previous post. We are well on our way to our first significant product release.

See the progress from the concept drawing shown on the wiki by Jeremy: 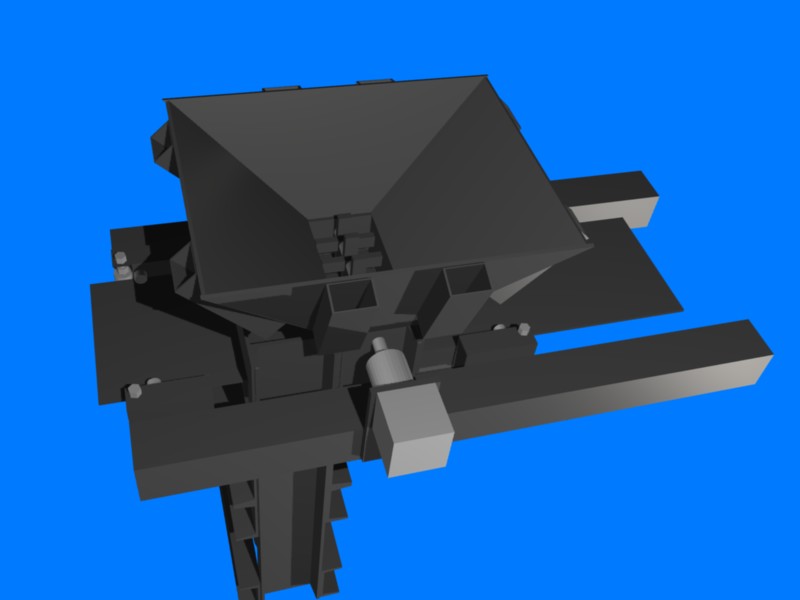 To the actual build: 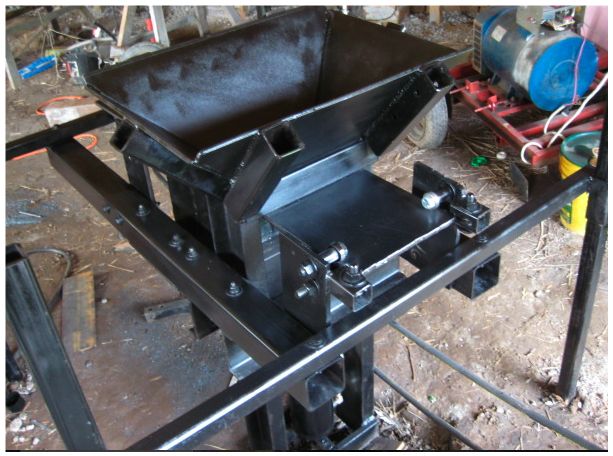 A 12 minute video shows the steps:

The main changes in Prototype II include:

We have pressed our first signature brick with the new machine, and inscribed it with the name for the first donor for Inga’s House.

In designing an effective earth building operation, it is necessary to mechanize as much of the earth handling as possible. This is a major learning on our path towards creating a post-scarcity economy.